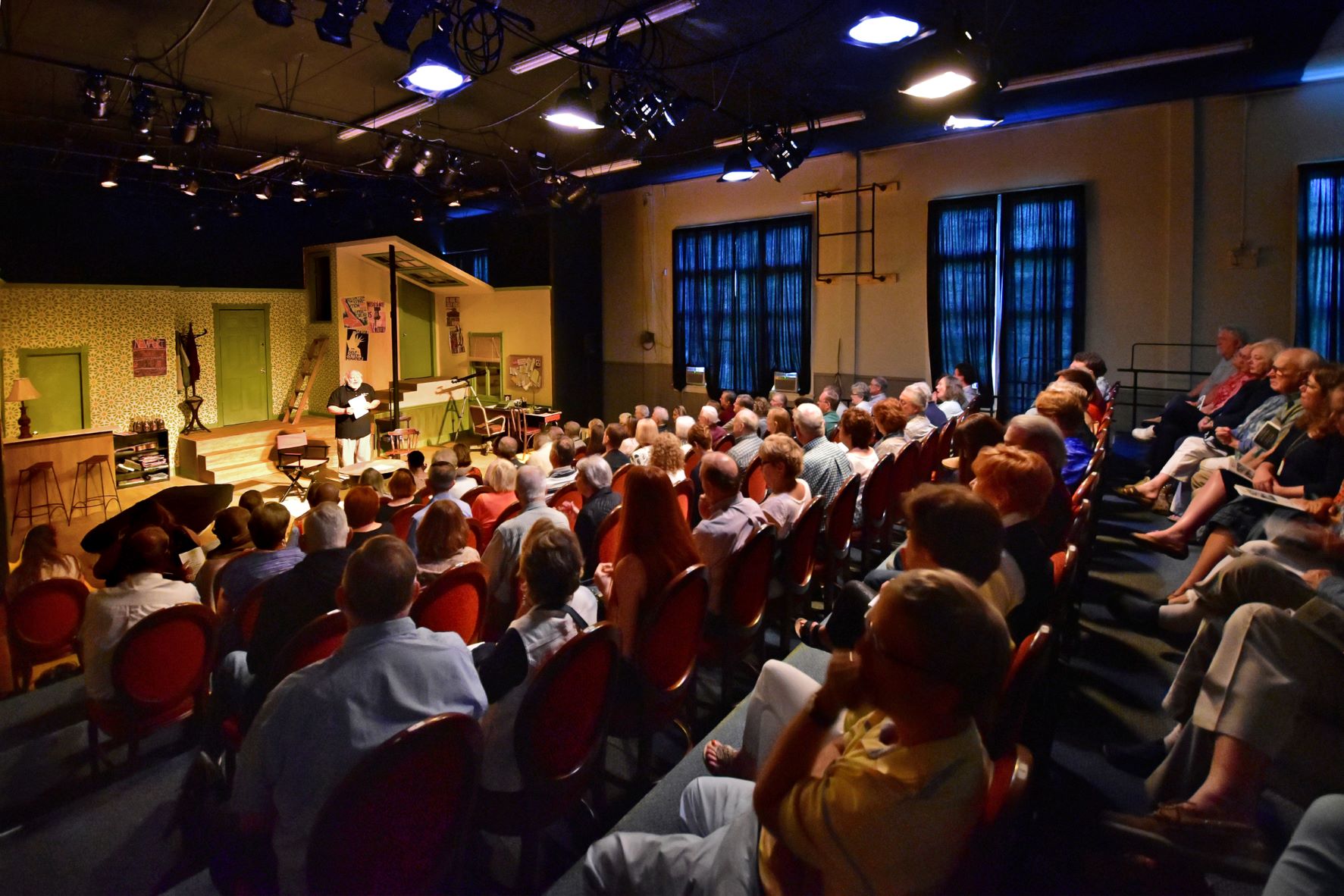 The theater has waited to present the world premiere, “Zaglada,” since discovering it at a theater conference in January 2020. The pandemic postponed performances that year. Then in 2021, the play — a powerful drama involving war crimes stretching back to WWII — was put off again in an effort to present lighthearted content after a year of heavy headlines.

The international premiere “Baby on Board” originated as a French comedy in Canada. The playwright translated it into English for its American debut in Banner Elk. Opening the season are two regional premieres, meaning they have never been performed in North Carolina or any bordering states. “No Wake” is a heartwarming, humorous tale of building intergenerational relationships, while “Catch the Butcher” blends suspense with comedy.

“People can come in the summer and see two distinctly different productions and make a weekend out of it,” Smith says. “We have people who come all the way from Atlanta, which has tons of theater, specifically to see shows here in Banner Elk.”

Tickets may be purchased individually or as a season subscription to the four Main Stage shows. To purchase, visit www.EnsembleStage.com or call (828) 414-1844.

Theater packages are available that include lodging, theater tickets, discount dining and breakfast. For details: www.BannerElk.com/theater-packages.