August 26 Program: My U2 Years: Dancing with the Dragon Lady 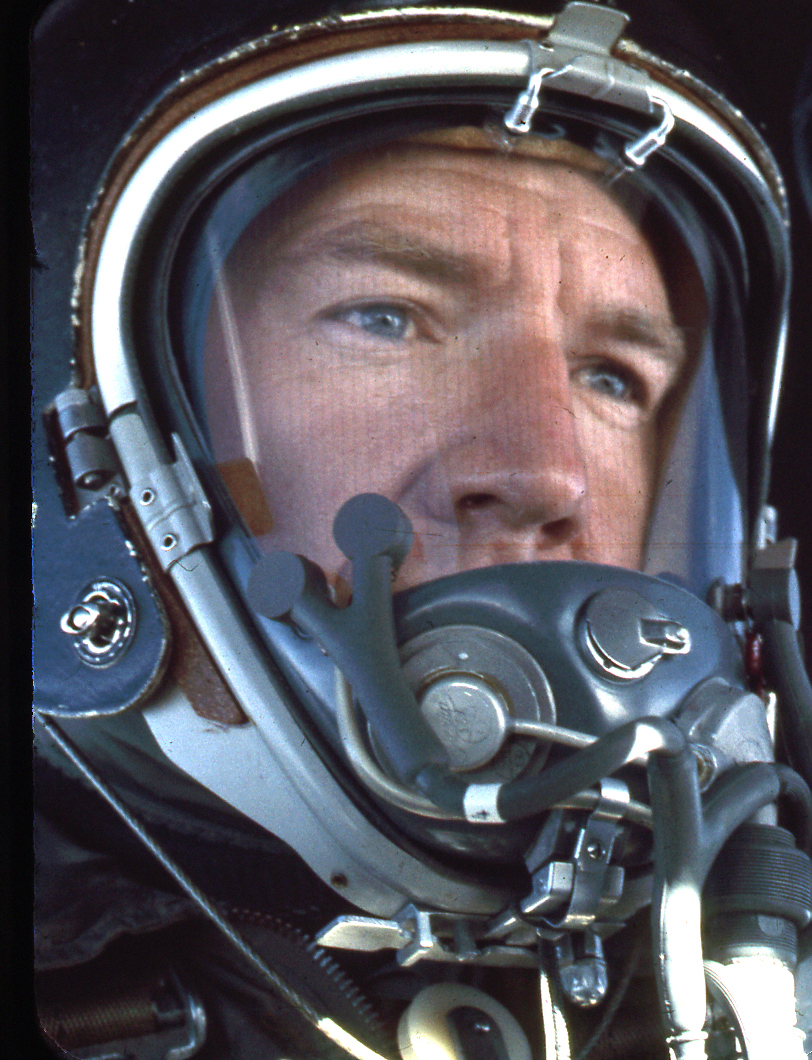 August 26 Program: My U-2 Years
By Gregory Ehr
On Friday, August 26, at 2:00 p.m., Col. Richard “Duke” Woodhull, U.S. Air Force (Ret.), will present the free program “My U-2 Years… Dancing with the Dragon Lady”. The presentation will be held at the Rogow Room of the Transylvania County Library, 212 South Gaston Street in Brevard. Woodhull (pictured here piloting a U-2 at 70,000 feet), served in the Air Force for 30 years. His varied and rich military career included eight years supporting, flying, and managing world-wide operations of the highly-classified U-2 high-altitude reconnaissance aircraft.
Woodhull’s program on August 26 will explain that two generations of the U-2 – known colloquially in Air Force circles as “The Dragon Lady” – have been deployed by the United States since the mid-1950s to perform a multitude of sensitive reconnaissance missions. For example, U-2s have conducted high-atmospheric sampling to detect evidence of nuclear testing, as well as their better-known role, photographing adversaries’ military installations and movements.
A Waiting Chase-Car
Woodhull will share, from first-hand experience, the unique challenges of piloting an aircraft of highly unorthodox design and performance characteristics. The U-2 was notoriously difficult to control at both high and low altitudes, and it was “unforgiving,” resulting in the loss of a number of U-2 pilots. Even landing the U-2 was challenging, requiring the assistance of a waiting chase-car to provide real-time guidance to the pilot to enable touch down.

Flying Rescue Aircraft for In-Flight Emergencies
Woodhull’s eight-year involvement with the U-2 spanned three distinct roles. Initially, for a period of three years, he piloted SC-54 rescue aircraft in support of U-2 missions. He and his crews would fly beneath U-2 flights over North and South America, pre-positioning themselves to respond to in-flight emergencies. He then piloted U-2s himself for another three years, flying classified missions from bases in the United States, Southeast Asia, and South America.
Managing U-2 Operations Around the World
For a final two years, he served as Chief of the U-2 branch of the Air Force’s Strategic Reconnaissance Center in Omaha, Nebraska, managing U-2 operations around the world. In addition to his U-2 experience, Woodhull fulfilled a broad range of exceptional roles. Among others: KC-135 jet tanker pilot, Training Chief for the Brazilian Air Force, and U.S. Defense and Air Attaché to the Philippines.
About the Speaker
Woodhull was born in New Jersey and grew up in Florida. As a young man he enrolled in the Air Force ROTC program at Florida State University; subsequently he was selected by the U.S. Air Force for appointment as an Aviation Cadet. He sees himself as “the beneficiary of blessings of every kind.” He has two adult children, and he and his wife Ann jointly undertook many of the exploits in his long and extraordinary career. They have been residents of Brevard for more than 25 years.

This program is offered by the Veterans History Museum of the Carolinas as part of our history series of Guest Speakers. We invite you to join us for this free program, which will also be livestreamed on Facebook beginning at 2:05 PM EDT on August 26. The recorded program will also be available online later via www.theveteransmuseum.org, the museum’s website.
Book-Signing
Copies of Woodhull’s book, Flying High – Memoir of a Thirty Year Adventure will be available for purchase ($20) at Woodhull’s book-signing at the museum immediately after his program. A portion of the book sales will be donated to the museum.
For more information, please call 828-884-2141 or visit www.theveteransmuseum.org. The Veterans History Museum of the Carolinas is located at 21 East Main Street in Brevard. Open hours are Tuesday – Saturday from 11am to 3pm. Admission is free.