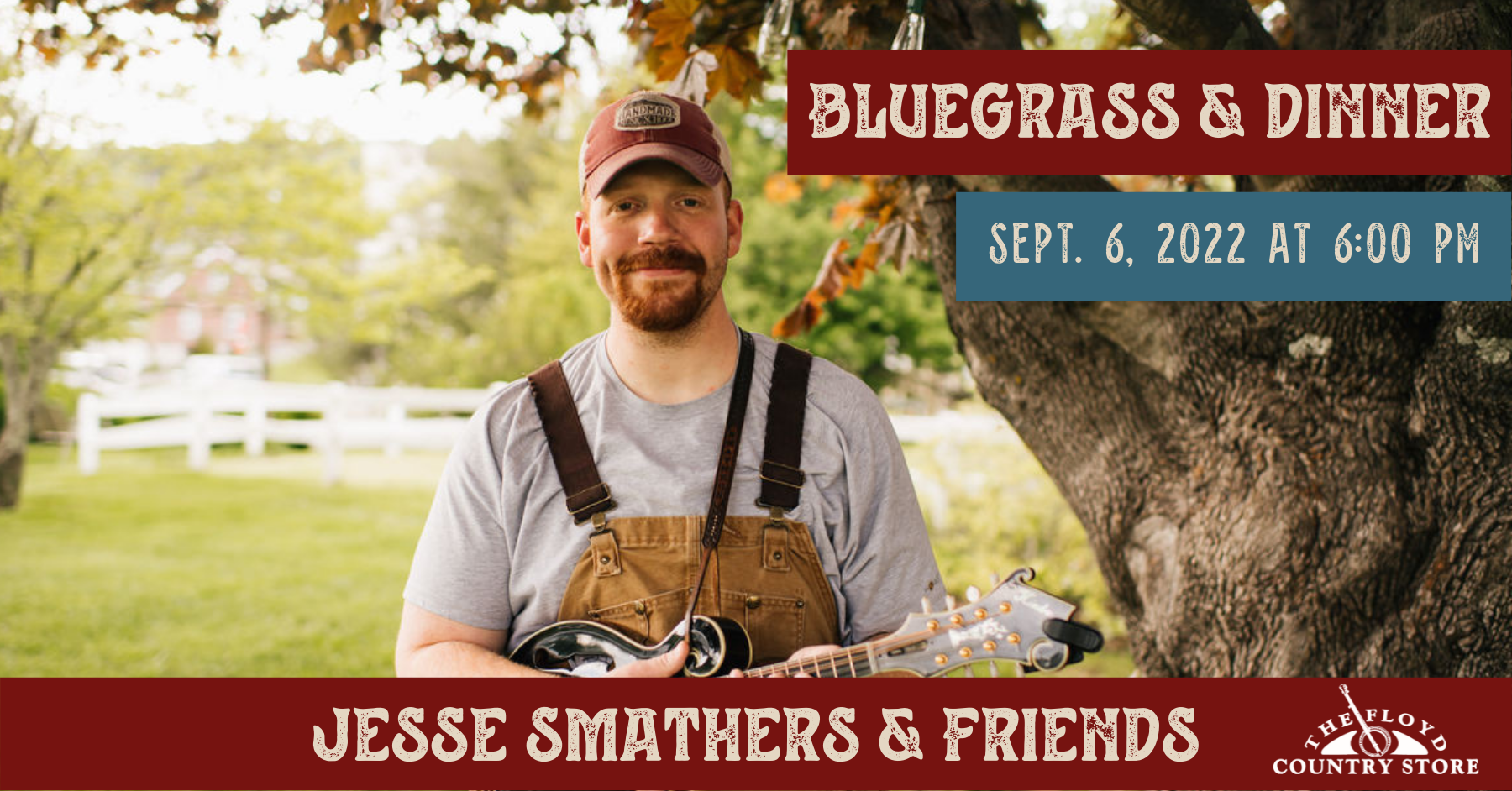 Join us for a great bluegrass show from Jesse Smathers, a wonderful local musician and Handmade Music School teacher! Enjoy great music and great company–and if you’re hungry, pick up some great food from the Floyd Country Store Cafe while you’re at it! Admission is free ($10 suggested donation to support the artists).