They Fought for Our Freedom 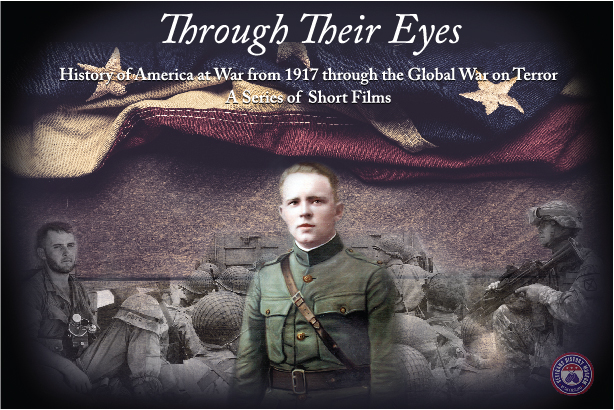 They Fought for Our Freedom

The Veterans History Museum of the Carolinas invites you to join us at Transylvania County Library’s Rogow Room on December 2 at 2:00 P.M. for a free encore showing of “Through Their Eyes.” A series of six brief films tells the stories of America’s conflicts since WWI through the eyes of service members, many of them local. October’s premiere brought a standing-room-only crowd, with many requests for another showing; so it’s back by popular demand.
The film gives a brief history of America at war from WWI through the Global War on Terror, using photos, music, videos and professional narrative. Museum artifacts support the stories, describing the personal sacrifices of our veterans and paying tribute to combatants and their families.
With the anniversary of Pearl Harbor Day on December 7, this film is a valuable history lesson and an opportunity to appreciate the sacrifice of those at war and on the home front during WWII.
“Through Their Eyes” is a professionally-produced documentary. The Veterans History Museum of the Carolinas is grateful to the following organizations for making it possible: North Carolina Humanities, an affiliate of the National Endowment for the Humanities, Lake Toxaway Charities, Pisgah Forest Rotary, and Transylvania County.
Admission is free to this 45-minute showing of “Through Their Eyes” in Transylvania County Library’s Rogow Room (212 South Gaston Street in Brevard) on December 2 at 2:00 PM.